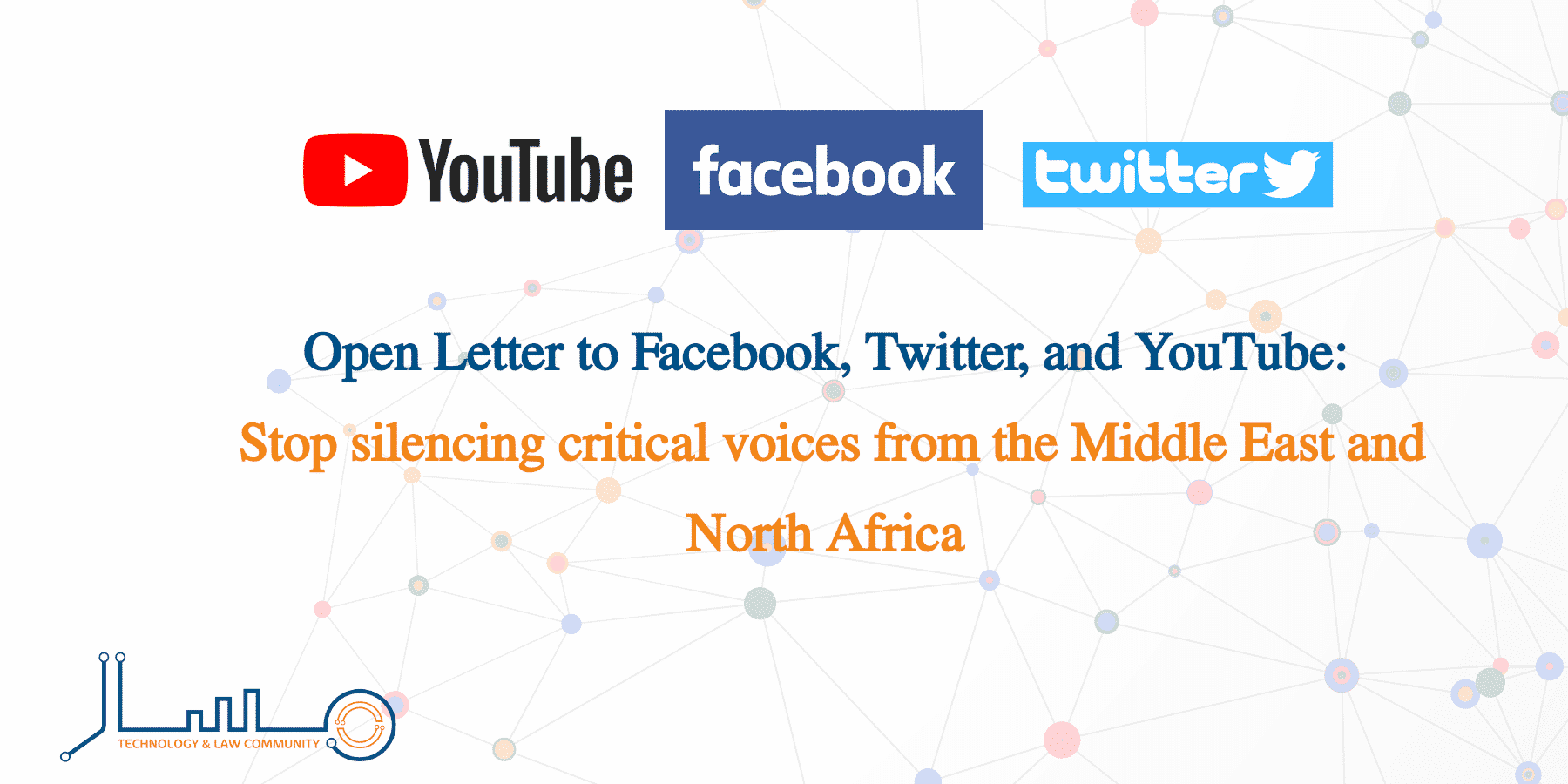 Ten years ago today, 26-year old Tunisian street vendor Mohamed Bouazizi set himself on fire in protest over injustice and state marginalization, igniting mass uprisings in Tunisia, Egypt, and other countries across the Middle East and North Africa.

As we mark the 10th anniversary of the Arab Spring, we, the undersigned activists, journalists, and human rights organizations, have come together to voice our frustration and dismay at how platform policies and content moderation procedures all too often lead to the silencing and erasure of critical voices from marginalized and oppressed communities across the Middle East and North Africa.

The Arab Spring is historic for many reasons, and one of its outstanding legacies is how activists and citizens have used social media to push for political change and social justice, cementing the internet as an essential enabler of human rights in the digital age.

Social media companies boast of the role they play in connecting people. As Mark Zuckerberg famously wrote in his 2012 Founder’s Letter:

“By giving people the power to share, we are starting to see people make their voices heard on a different scale from what has historically been possible. These voices will increase in number and volume. They cannot be ignored. Over time, we expect governments will become more responsive to issues and concerns raised directly by all their people rather than through intermediaries controlled by a select few.”

Zuckerberg’s prediction was wrong. Instead, more governments around the world have chosen authoritarianism, and platforms have contributed to their repression by making deals with oppressive heads of state; opening doors to dictators; and censoring key activists, journalists, and other changemakers throughout the Middle East and North Africa, sometimes at the behest of other governments:

Examples such as these are far too numerous, and they contribute to the widely shared perception among activists and users in MENA and the Global South that these platforms do not care about them, and often fail to protect human rights defenders when concerns are raised.

Arbitrary and non-transparent account suspension and removal of political and dissenting speech has become so frequent and systematic that they cannot be dismissed as isolated incidents or the result of transitory errors in automated decision-making.

While Facebook and Twitter can be swift in responding to public outcry from activists or private advocacy by human rights organizations (particularly in the United States and Europe), in most cases responses to advocates in the MENA region leave much to be desired. End-users are frequently not informed of which rule they violated, and are not provided a means to appeal to a human moderator.

Remedy and redress should not be a privilege reserved for those who have access to power or can make their voices heard. The status quo cannot continue.

The MENA region has one of the world’s worst records on freedom of expression, and social media remains critical for helping people connect, organize, and document human rights violations and abuses.

We urge you to not be complicit in censorship and erasure of oppressed communities’ narratives and histories, and we ask you to implement the following measures to ensure that users across the region are treated fairly and are able to express themselves freely: