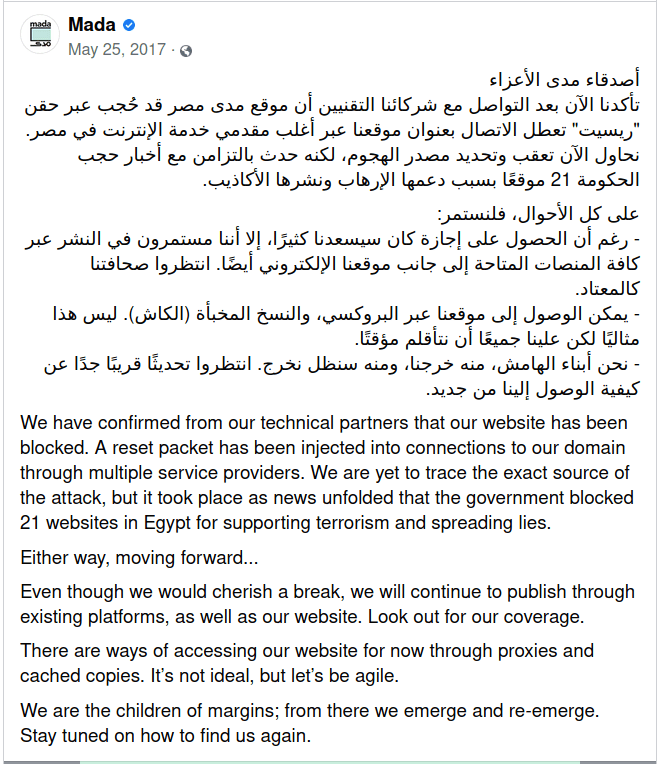 On 24 May 2017, the independent news website Mada Masr was blocked in Egypt. Mada Masr’s staff published a statement on Facebook confirming news of the blocking. The statement said: “we confirmed with our technical partners that our website has been blocked. A reset packet has been injected into connections to our domain through multiple service providers”. Mada Masr promised the reader to continue providing its services despite the blocking: “Even though we would cherish a break, we will continue to publish through existing platforms, as well as our website. Look out for our coverage”. After the blocking, the website used alternative links to reach its audience. All through the past three years, most of these alternative links were also blocked. The number of blocked alternative links reached more than 25 (according to Massar’s survey). In another attempt to overcome the blocking, Mada admins also used the AMP service early in 2018. However, the service itself was blocked in February 2018.