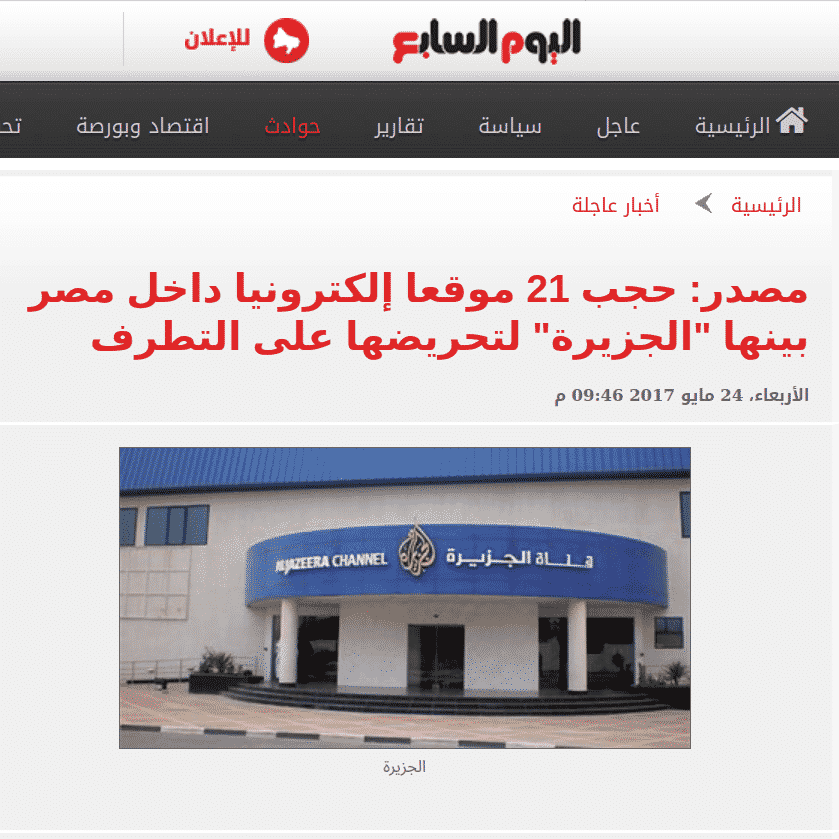 On 24 May 2017, internet users were surprisingly faced by a blocking of 21 websites, among them Al-Jazeera, Rassd, the Qatari Al-Arab newspaper, Cairo Portal, and Mada Masr. Egypt’s Middle East News Agency reported “a high-level security source” on that day saying that 21 websites were blocked. The claim was that these websites published deliberate lies that support terrorism and extremism. However, the decision taker of the blocking was not announced by the “security source”. The next day, Al-Masri al-Youm newspaper published a report whose source comes from a sovereign state body that discusses other countries’ experiences in blocking websites. The aim was to justify website blocking in Egypt.