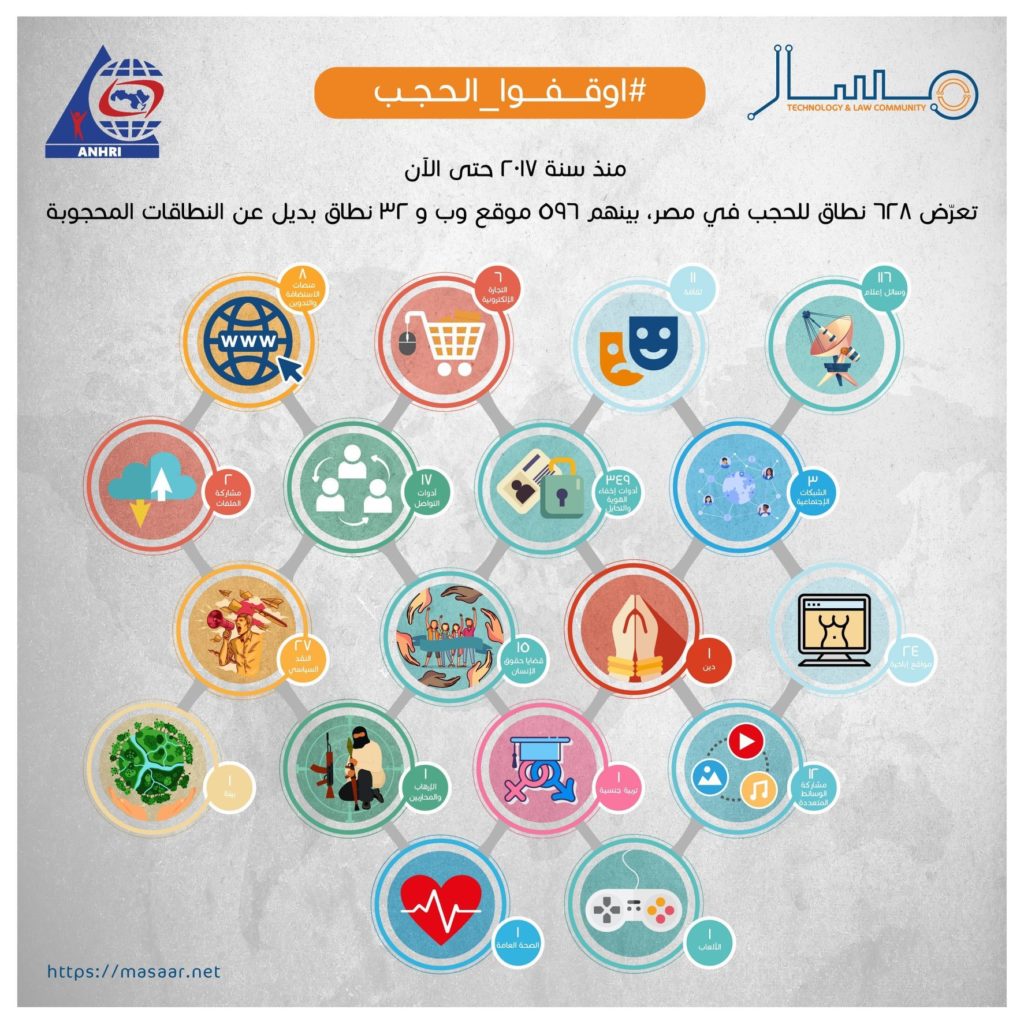 In an attempt to prevent users from reaching the blocked websites, the Egyptian authorities blocked a big number of VPN providers. 250 proxy and VPN websites were blocked on 30 August 2017. The total number of blocked websites hence reached 398 (Massar statistics). It should be noted here, that the authorities block on VPN providers continues until this very day, until the number of blockd proxy websites reached 349 (at the time of writing this report).