The Story of Bitcoin and Blockchain Technology 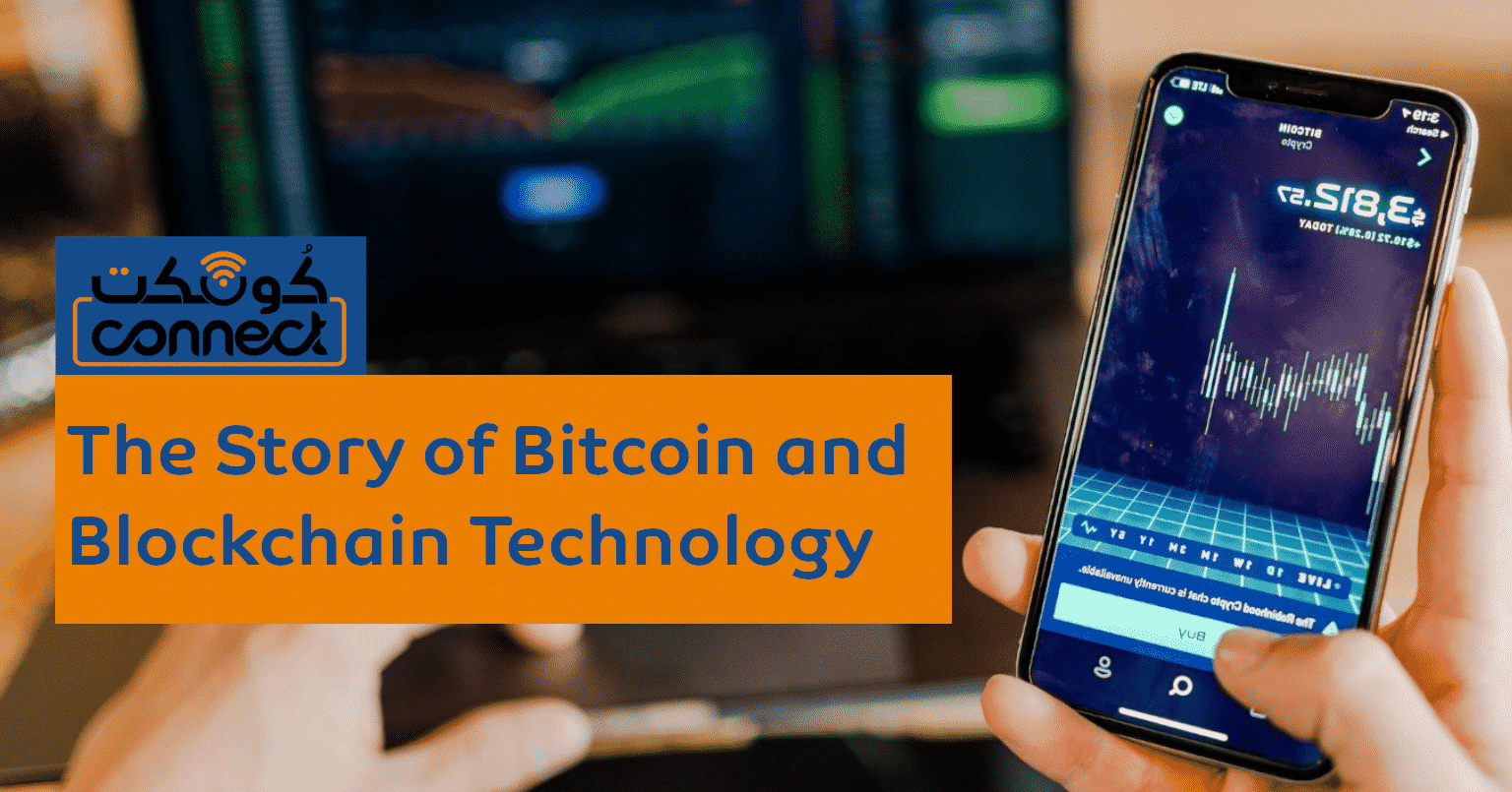 In the nineties of the last century, as the revolution of the Internet, and breaking information centrality began, some programmers interested in electronic cryptography saw that this revolution has the potential of undermining individuals’ privacy in favor of state and financial institutions power.1 They endeavored early on to launch a movement called Cypherbunk. The movement’s vision went beyond the Cyperspace to the social connections behind it, and affected by any tools creating them. Their dream, thus, was to build an open society, where no central authority has a role in managing it, in any manner.2

The Cypherbunk movement has accordingly set up four basic objectives for building a system of anonymity that allows the movement to build an open society away from the state surveillance. These objectives were:

The above was mentioned by Eric Hughes, the founder of the Cypherbunk movement in the official manifesto of the movement in March 1993.3

One attempt was different in both its implementation and application in real life, this was DigiCash, created by the scientist David Chaum,8 called the Father of Anonymity Technology over the Internet. He was also a member of Cypherbunk. This attempt differ in that it went beyond the principles of the movement, as Chaum realized that he needs already existing institutions to help him issue his digital currency.9 He started talks with the government and the banks in the end of nineties for issuing it but they were not interested. After five years of starting his company it was bankrupt and closed.10

The global financial crisis of 2008, shocked Modernity، and state structure, when it took the side of the collapsing financial institutions leaving the damaged society to pay for this collapse. Jobs and homes were lost as well as other damages that ravaged the core of individuals lives. This huge tornado revived once again not only contemplating an alternative but also to try to implement it more creatively and with more guarantees for trust and expansion.

In October 2008, on one of the largest platforms interested in connecting and facilitating the work of organized social networks, called P2P Foundation, an anonymous person who used the neck name Satoshi Nakamoto, announced that he is working on an automatic banking system that works totally between two sides without a third party.11 What Nakamoto did wasn’t only learning from all previous attempts, but he also created a new protocol he called Blockchain, to use it as a banking system for his nascent electronic coin, so that money can be transferred through it between two persons without a third party like the bank as usual.

The Coin is a code, which is composed of characters and digits. What is important here is how such coin can be earned? How can it be transferred among individuals safely without interfere? How can all this happens without each side of the transaction knowing the other? What is the quantity available of this coin and is it limited or not?

Satoshi took his inspiration from gold as an old currency that has value in itself, with a limited quantity no matter how large it was, it requires effort to be obtained, and its value rises or goes down according to offer and demand. Thus Satoshi created 21 millions units of this coin and called it Bitcoin. He designed a system based on offering a specific number of coins daily, which is cut by half each 4 years, so that scarcity develops over time. After a specific time, namely the year 2140, all bitcoins would have been issued. But this is not all. Who has the right to claim these coins after their issuance? Continuing with the concept of gold as a currency, Nakamoto created something called mining.12

Mining is a complicated math operation processed by a dedicated computer program for obtaining one Bitcoin unit. The math operation gets more complicated with time so that individuals no longer can process it with their personal computers, which requires them to buy computers with more processing power, which in turn means higher cost of equipment and higher consumption of electricity. A more complicated stage after sometime would requires more individuals sharing the power of their computers specialized in processing the math operations, and they eventually share in the amount of units they mined, each getting a share based on his/her contribution to the process.

How Bitcoins are exchanged?

This depends on the above mentioned Blockchain technology, which is considered the banking system in case of currencies. In Bitcoin case it is simply one ledger recording all Bitcoin units transactions, starting with obtaining them through mining. Let’s assume that John has mined one Bitcoin whose code is “S”. It will be recorded in the ledger that John has “S”. If Paul wants to buy this coin from John, and John accepted, the coin is transferred from John’s wallet to Paul’s wallet. Thus a new record is added to the ledger stating that the unit “S” is now owned by Paul, and so forth.

This ledger has identical copies distributed to all members of the Bitcoin network. When a coin transaction occurs, the ledger is updated as well as all the copies throughout the network concurrently, thus manipulation is impossible. If one copy of the ledger is tampered with and modified, the network will reject this modification as it is not compatible with the rest of the copies. So one needs to modify more than 51% of the copies at the same time so a consensus is obtained and the hack operation is successful, which is practically impossible.

Now we do have a currency that works according to a sophisticated system, how did it expand? and how did the state deal with it?

The rise of the nascent currency

The first selling operation using Bitcoin occurred between a person who wanted to buy a piece of pizza for 10,000 bitcoins. That is equivalent to almost 340 millions of dollars at the time of writing. Later, a company called MT. GOX based in Japan was the first to exchange ordinary currency for bitcoins and vice versa. This contributed to the expansion of the nascent currency. In the end of 2010 donations to Wikileaks via banks and money transfer companies were prohibited, making bitcoins the only way to donate to the web site and thus Bitcoin began its second stage of expansion.

Two months later, Bitcoin was on time for its third stage of expansion. This time was different, however, as a new site Silk Road was set up, which is a black market for selling and buying drugs, heroine, guns, forged passports, and other illegal stuff. The difference this time was that the site depended exclusively on Bitcoin, which allowed a larger expansion accompanied with bad reputation, that stuck to Bitcoin for a long time. Many other side followed accepting bitcoins for transactions like WordPress, Microsoft, Pay Pal, and Deal.

On March, 18th 2013, The Financial Crimes Enforcement Network (FinCEN) approved the virtual currency as one that can be exchanged for the US dollar. It however made clear that the currency has no legal standing as a currency in the country. This was a soft victory of this currency over the central state, which was crowned on the first of April of the same year with breaking the 100$ ceiling after being 52$ on approval date. Up till now the price of bitcoins fluctuates, but along its course it is generally rising. It reached 34,000$ in the time of writing.

Generally speaking any person can create his/her own currency and issue it for exchange. Only his ability to earn the trust of people dealing in it is what gives the currency its value and sustainability. There are currently more that 8000 projects based on Bitcoin and the Blockchain technology. In the time of writing 80 projects surpassed the one billions dollars in market value of digital assets.

In the following a comparison between the regular and electronic currencies:

How the states dealt with the experiment

A currency coming from outside the traditional context of the concept of the state, breaking through all barriers in record time, and gaining the acceptance and trust of individuals. The states were not able in the beginning using their own tools but to challenge the unauthorized intruder. The three largest companies overseeing the exchange from and to Bitcoin were closed. The charges against two American companies were: facilitating the exchange in illegal items, incompatibility with laws regulating money transfer, in addition to dealing in currency without banking account. The third Japanese company, which was the oldest, and was owned by a French engineer who was its CEO, its transaction system on the Internet was preached. This was due the negligence of it CEO who removed one verification step out of the rest of the chain of transaction prior to concluding the deal as per the Blockchain protocol. It led to a lose of 850,000 bitcoins, i.e. 7% of the bitcoins available at the time.

Contrary to what was expected, the collapse of the three largest companies in the wake of the nascent currency rise propelled its expansion. The basic philosophy for people’s confidence and acceptance of this currency is the de-centrality and absence of third party service provider. With the fall of these companies, the system depended more on the network itself. Also any company willing to enter into this world and thrive in it has to work according to the currency’s rule which are the core of its success, expansion and people’s confidence.

The states and the financial institutions had to adapt rather than fight. On the front of the digital currency, a bank launched an exchange service between bitcoins and banknotes that can be withdrawn from ATM at any time for a commission for each transaction. One should first has an account in the bank. After concluding the procedures of creating the account electronically, the bank sends the card dedicated for withdrawal from ATMs, via mail, this your identity will be known during the transaction on one hand, and on the other hand you have become a source of income for this bank.

Up till now, people become aware of Bitcoin and other digital currencies, on daily basis. This expansion is more rapid in areas witnessing economic upheaval, or local currency problems like Venezuela, Argentina, Turkey and Egypt.

No doubt that the four objectives of the Cypherbunk have seen the light in a way of another, like the encrypted electronic mail PrtonMail, the digital signature, the use of encryption for protecting privacy with VPN protocol, and the Tor browser. The last objective however was late in comparison with the others, but it also has come to revolutionize the world of business. It started with Bitcoin, and it will take its course according to people’s awareness and their ability to use this technology to create their own spaces away from the central authority of both the state and Capital.