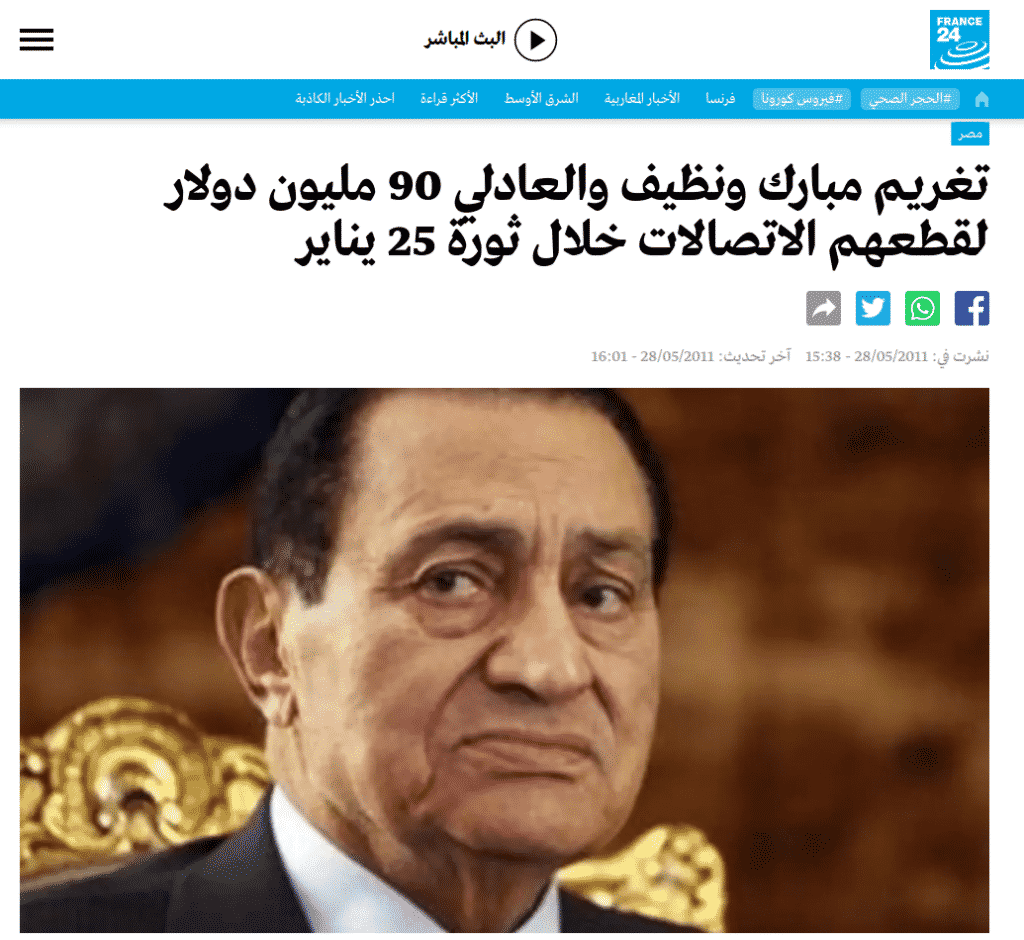 On 28 May 2011, the administrative court fined former President Hosni Mubarak, former PM Ahmed Nazif, and former Minister of Interior Habib al-Adli EGP 340 million as a compensation to users who were adversely affected by the 28 January decision to cut off the internet and telephone calls. The court ruling said: “the decision to cut off communications and internet services did not aim at protecting national security, but at protecting the regime and its head. There was nothing endangering national security; nothing necessitated taking the decision to cut off communications. These were peaceful expressions of opinion by unarmed Egyptian people, calling for freedom, bread, democracy, and social justice”. (the Supreme Administrative Court cancelled this court ruling in 2018).