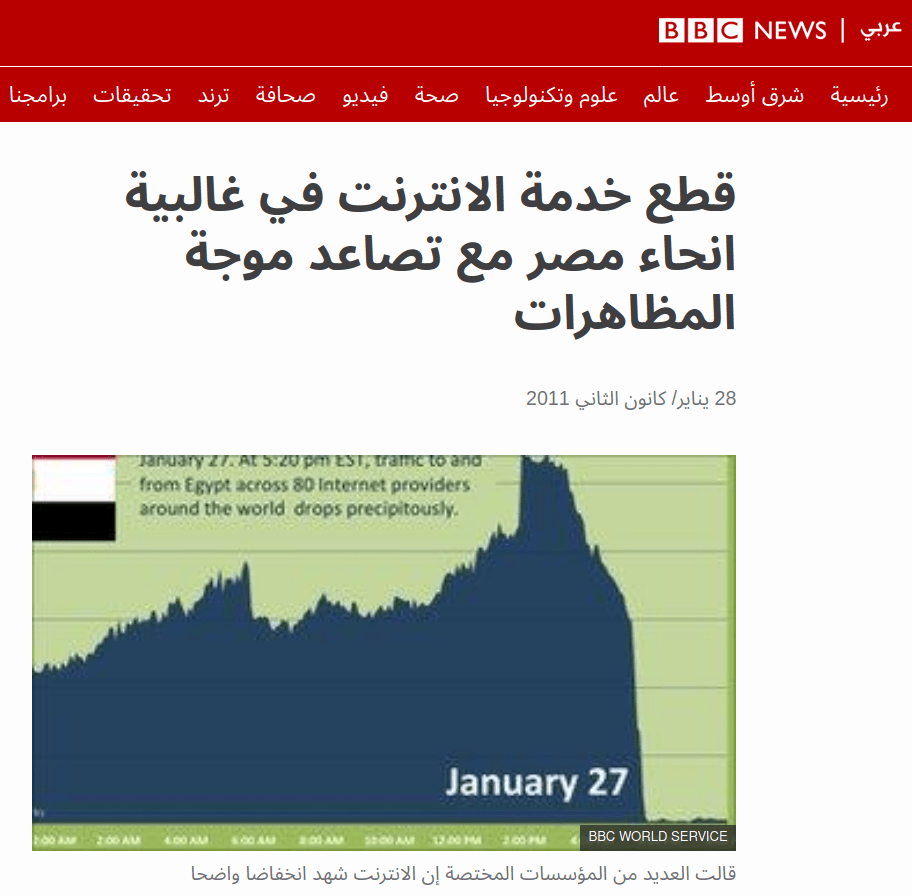 After the relative success of the 25 January 2011 demonstrations, the Egyptian political forces called for a protest on Friday 28 January (known as the Friday of Anger). The government responded by ordering the internet service providers to disconnect the internet service for all users in Egypt. The ban covered: TE Data, Vodafone, Link DSL and Itisalat Egypt for both DSL and mobile internet. The network that was left to work was Noor, then it was disconnected on 31 January. The ban continued until 2 February 2011.