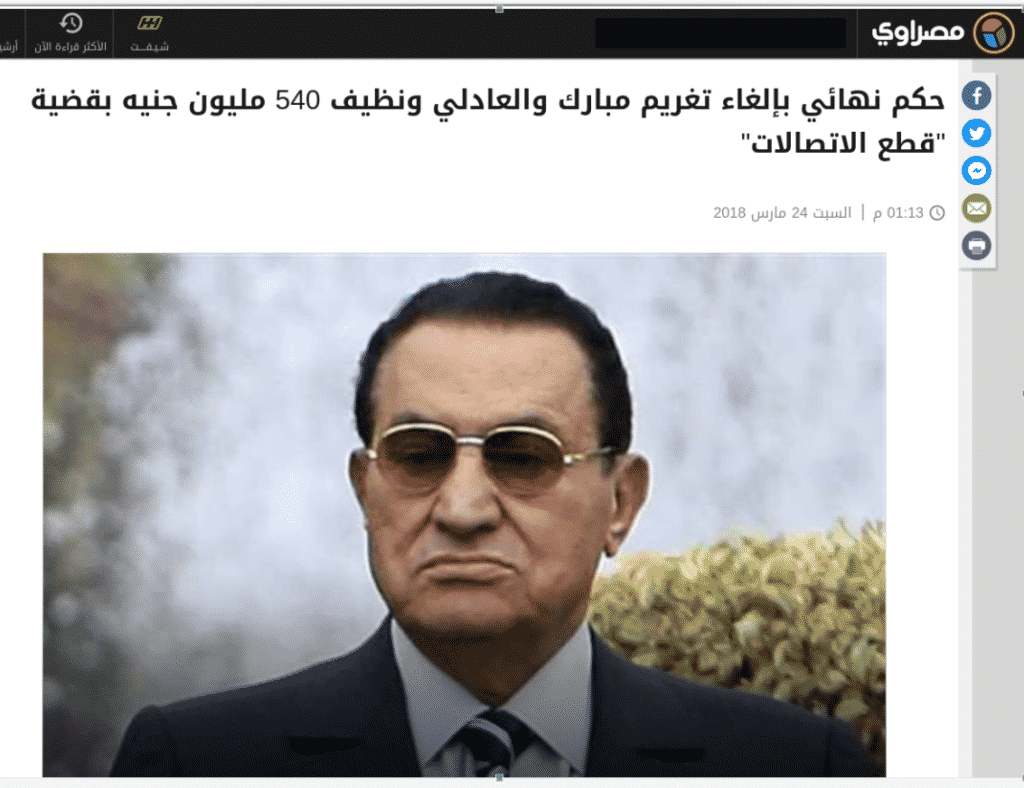 After the 2011 court ruling to impose a fine in the case known as “cutting off communications during the revolution”, the Supreme Administrative Court issued a final ruling annulling the fine on President Hosni Mubarak, PM Ahmed Nazif, and Interior Minister Habib al-Adli. The court said the decree to cut off communications “came to protect national security and prevent any terrorist crimes that might happen in conjunction with the protests that the country witnessed at that time”.