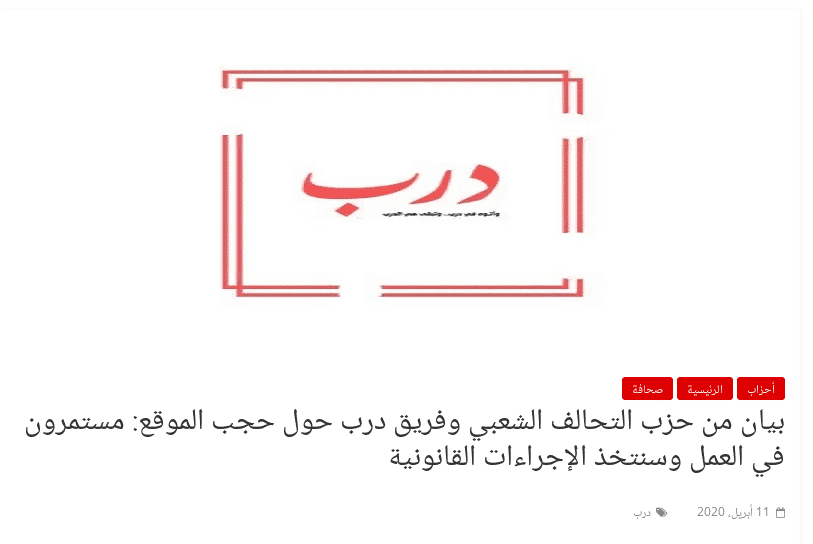 On 8 March 2020, the Socialist Popular Alliance Party started Darb website (Khaled el-Balshi is the chief editor). After just one month it was blocked in Egypt. Darb is the third website in row to be blocked with Khaled as the chief editor. First the authorities blocked Al-Bedaya website in June 2017, then it blocked Kateb website after 9 hours of its launch in June 2018. It should be noted here that Kateb was an initiative empowered by the Arab Network for Human Rights Information (ANHRI) whose website was also blocked in August 2017. The Popular Alliance party and Darb staff issued a statement entitled “We will continue our work and will take the needed legal measures”. The statement said: “despite the blocking whose source and reason are not known, the website will continue working with the same editorial policies, as a platform for exchange of information and broadcast of ideas, reflecting the views of the democratic forces with all their variations”. The statement said all measures will be taken against this “oppressive decision”. It ended by: “blocking opinions and censoring the press do not protect the motherland”.